Campaign is closed You can't donate or start fundraising anymore

Student Rowing Association Phocas wants to build a new boathouse along the Spiegelwaal side channel from the Waal river. After saving enough money to cover a large part of the construction costs, the members are now asking the general public to help them in the final phase.

Rowing is a popular sport among Nijmegen students. Phocas, founded in 1947, is one of the largest student associations in the city and has a long waiting list for new members every year. In addition to being hugely popular, the association is also extremely successful: they have won several national and international competitions in recent years and two of its members took home medals in the Olympic Games (Nelleke Penninx in 2000 and Annemarieke van Rumpt in 2004 and 2008).

Current situation far from ideal
Phocas has operated out of boathouse De Haemel along the Maas-Waal Canal since 1972, despite its initial plans to relocate within fifteen years. Unfortunately, the building can no longer accommodate the association's continued growth. “The boathouse is much too small and in serious need of renovations," says president Niek Moors. "In addition, the Maas-Waal Canal is becoming increasingly busy with recreational boats and freight ships, making it less suitable for training purposes. A new location would help our association continue to grow and become more professional." 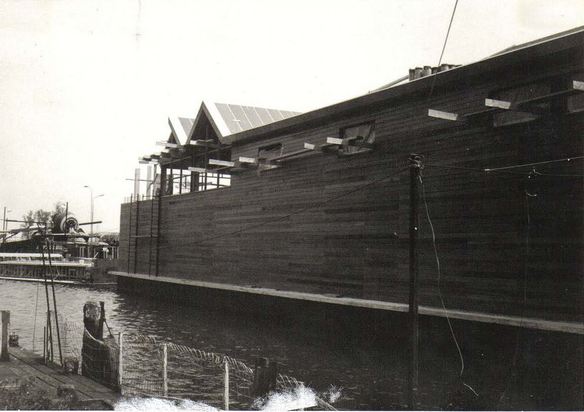 Crowdfunding for a new boathouse
In order to relocate to the Spiegelwaal, the association needs to raise ‎€300,000. Over the past twenty years, the members have saved and raised €235,000 through sponsored work and other activities. With the relocation in sight, they are now calling on the public for help, hoping to raise some of the €65,000 they still need through a crowdfunding campaign.

Help make the new boathouse a reality!
A new, more professional location will not only benefit the student association, it will also help reinforce Nijmegen's reputation as a rowing and water sports city. Help make this possible! You can donate via this site. All donations are welcome. Thank you very much for your support!

Thank you on behalf of all members of Phocas!

Enter your email address and we'll help you reset your password.

Keep me up to date

Do you want to receive the latest news about this page, sign up here. You’ll receive an email notification whenever a news item is posted.

Do you want to stay up to date about our activities? Subscribe to our newsletter!