Let the voice of resistance against Napoleon be heard!

In the beginning of the 19th century, the Napoleonic period left deep scars on the Netherlands. However, few people know how we resisted French annexation. During his PhD research, Nijmegen historian Bart Verheijen stumbled across resistance songs that symbolise this in a wonderful way. Verheijen has now launched a crowdfunding campaign to make the songs available to a wider audience. 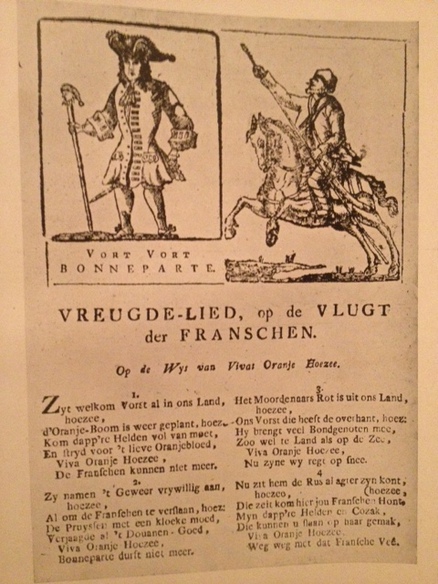 A unique source of resistance
Die tyrant! Long live Oranje! Seize your weapons, free Batavians! The song lyrics offer a good sense of the impact that the French annexation had on the population. The songs were also sung to circumvent the strict French system of censorship. From 1806 to 1813, when other forms of media were no longer or not yet available, these songs of resistance also served as the primary means of informing and connecting the people.

A new perspective on the resistance against Napoleon
Until recently, the texts lay in the Parisian archive of the Napoleonic police. Verheijen has mapped them out and traced their meanings. Along the way, he got the idea of setting the songs to music to bring them back to life. Verheijen: ‘The Dutch certainly did oppose Napoleon’s domination, but until now little has been known about the reality of this resistance. By putting the songs to music, I can let the general public hear how ordinary people must have experienced the annexation. This is about as close to history we can get.’

Help bring these songs to life
The musical resistance against Napoleon is a neglected aspect of our history. ‘The songs sung at that time deserve a wider audience because they have contributed to the formation of an early Dutch identity.’ By recording the songs with professional musicians and making them available with lyrics and explanations they will gain new life. But money is required to make this happen: €3,500, for starters. Help giving these songs their deserved place in history by donating through this site! All donations are welcome. Thank you very much for your support!

Would you like to learn more about the songs, Bart Verheijen or the progress of the project? Please take a look at www.ru.nl/verzetsliederen or follow Bart on Twitter 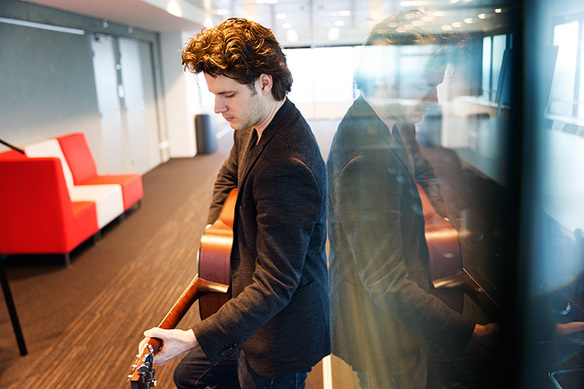 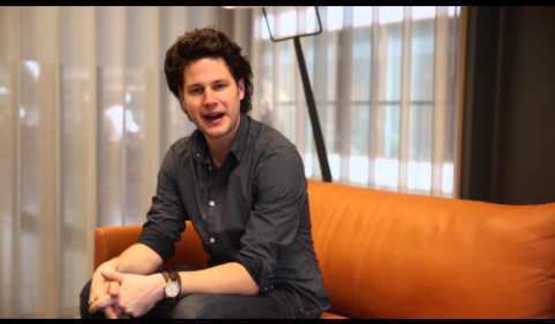 18-12-2018 | 10:49 We did it! With the help of our donors we reached the necessary amount of 3.500 euros. With this money we can record the songs of the resistance against Napoleon and make them available to a wider audience. In the next months the songs will be recorded with professional musicians. After that they will be published together with the lyrics and explanations on the website www.ru.nl/verzetsliederen. We expect all songs to be published before the end of september.We sincerely thank all donors for their contriibution. Thanks to them the songs will be heard again and will receive their rightful place in history. Bart Verheijen
Read more
Read more
This website uses cookies to enhance the user experience, for marketing and analytical purposes. By clicking 'Accept' you give permission to place these cookies. When you choose 'Decline', you won't be able to use all website functionalities and only functional cookies will be placed. You can read more about cookies and how they are used, here.This website uses cookies to enhance the user experience, for marketing and analytical purposes. Read more
Accept
Decline
Keep me updated
Embed a widget on your own website!
Widget width
Width has to be at least 185px and 700px at most.
Widgetcode

Enter your email address and we'll help you reset your password.

Keep me up to date

Do you want to receive the latest news about this page, sign up here. You’ll receive an email notification whenever a news item is posted.

Do you want to stay up to date about our activities? Subscribe to our newsletter!