Walk of the World’ Waal Painting 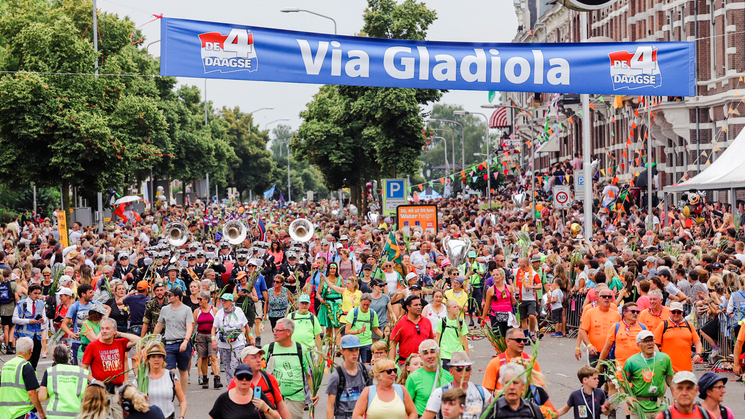 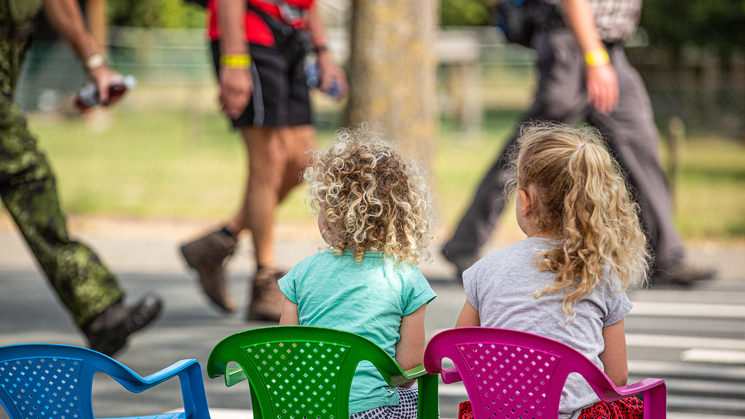 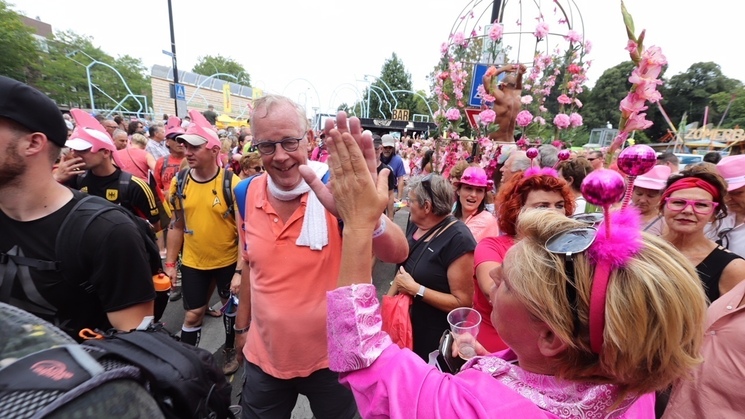 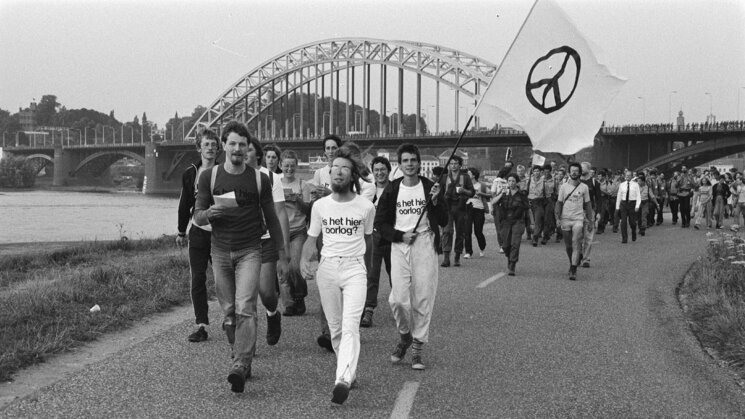 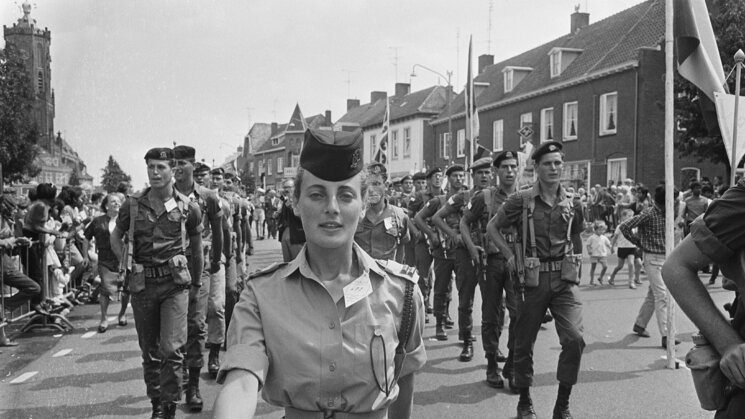 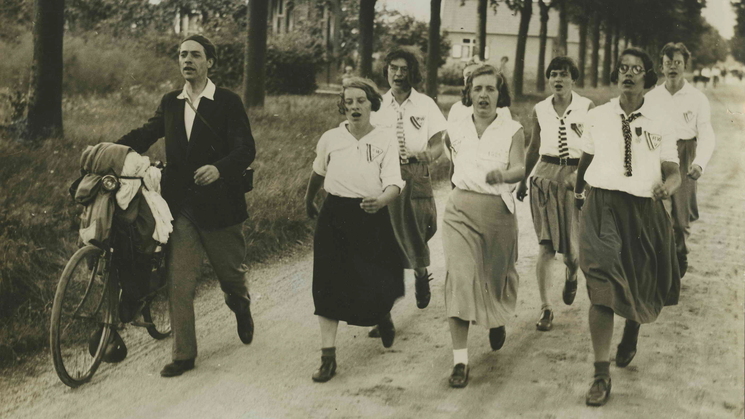 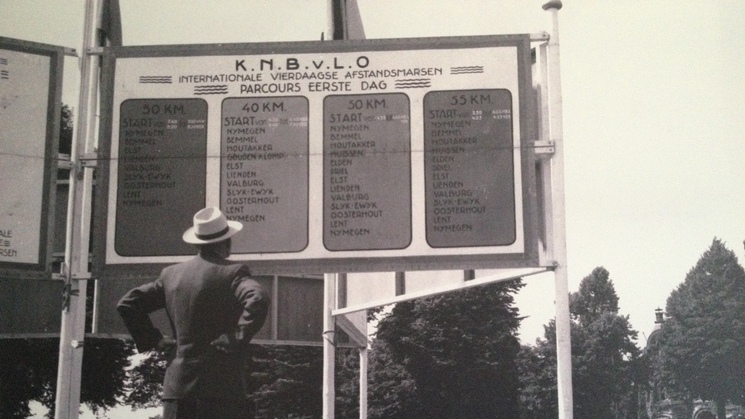 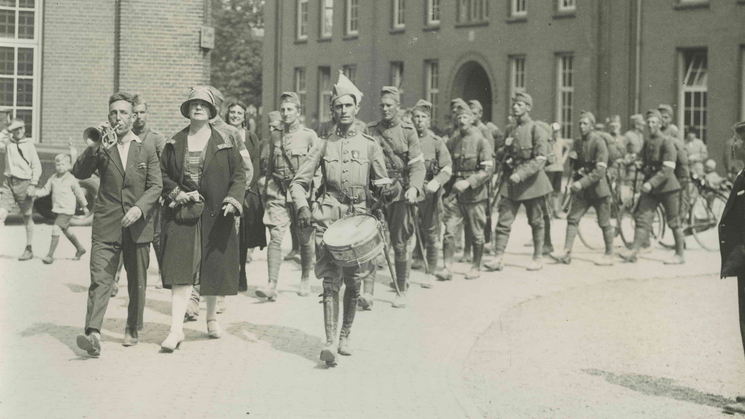 When you think of Nijmegen, you think of the International Four Days Marches. For more than a hundred years now, all eyes in the sporting world have been on Nijmegen during this four-day event in mid-July. There is a good reason why the Nijmegen walking challenge is currently known as ‘The Walk of the World’. Now that a new edition of the Four Days Marches is planned for 2022, depending of course on corona developments, it is time for a new start. And what better way to celebrate this than with a mural that depicts the history of this wonderful event?

The history of the Nijmegen Four Days Marches began in 1909. The original four days long distance marches began at various starting points throughout the Netherlands and were organised by the Royal Dutch League for Physical Education. The first people to participate were mainly military personnel, who stayed overnight at the Prins Hendrik Barracks in Nijmegen. During their stay, the participants were given a three-course meal, which included soup, meat and two veg and a dessert, instead of the usual meal of brown beans and bacon. The organiser’s hospitality was rewarded by the walkers, who continued to return to Nijmegen in the following years. In 1925, the city became the definitive starting point of the Four Days Marches.

More international and diverse
Over the years, the number of participants continued to increase: in 1925, 766 people signed up for the walking event, while 2019 saw a total of 44,702 participants. The group of walkers also became more diverse, although it was not until 1919 that the first woman would successfully complete the Four Days Marches. From that time on, women regularly took part in the event; it was not uncommon for female walking clubs, such as the Blauwvosjes, to cover the large distances in shoes with heels. When the Olympic Games were held in Amsterdam in 1928, international walkers joined the event for the very first time. Back then, only a handful of countries were represented, but today’s edition includes participants from around seventy different nations.

About the Waal paintings project
Nijmegen may be the oldest city in the Netherlands, but any evidence of this in the town centre is thin on the ground. However, the Waal paintings project is set to change this: street art made by artists from the region will be used at specific locations in the city to once again highlight the rich history of Nijmegen. And such a collection of artwork would definitely not be complete without a mural of the Four Days Marches. Previous murals include those of the Batavian Revolt, the Byzantine princess Theophanu, the Nijmegen Peace Treaties and the Bombing of Nijmegen. The Waal paintings project is an initiative by historian Erika Manders (Radboud Institute for Culture & History) and Dennis Jussen (De Tijdmachine).

The large ‘Walk of the World’ mural will be a close collaboration between Radboud University, Stichting DE 4DAAGSE, De Tijdmachine en Radboud Fonds. 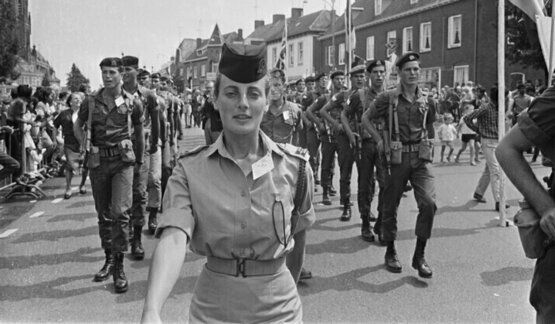 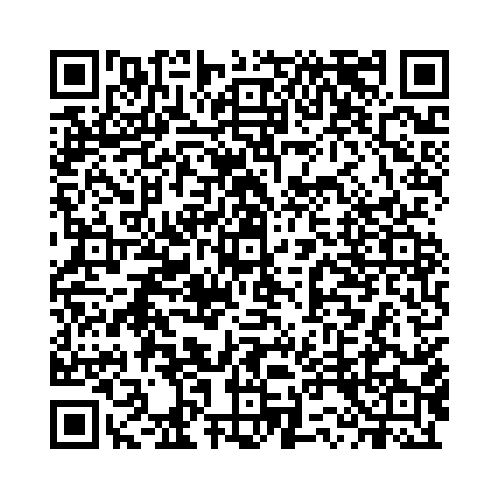